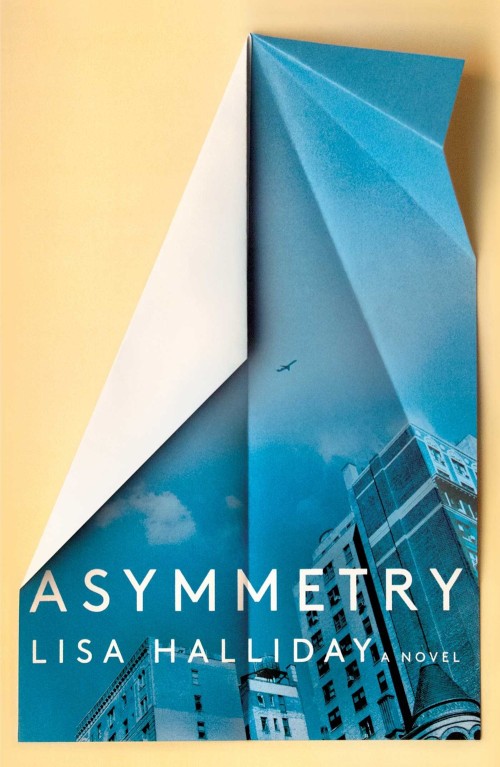 A young book editor named Alice embarks on a relationship with an older, prize-winning novelist in Manhattan; an Iraqi-American economist named Amar is detained at Heathrow on his way to visit family in Iraq. This bold, innovative collision of form, tone, and style ingeniously juxtaposes Alice’s dreamworld alongside Amar’s harsh reality, marking Halliday as a singular talent. 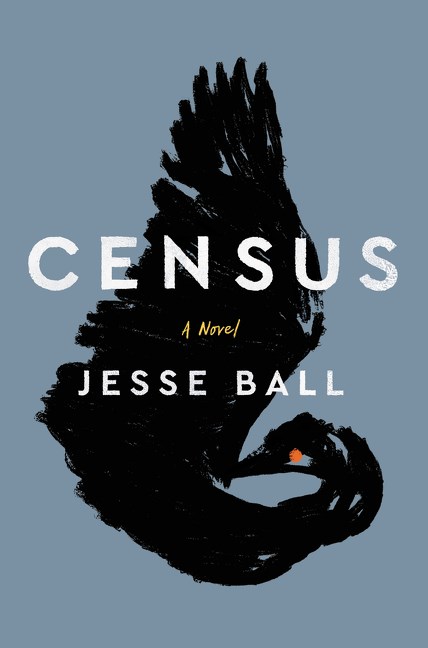 Ball’s devastatingly powerful call for understanding and compassion follows the journey of a dying father and his adult son, who has Down syndrome, across the country, a trip they always wanted to take. Their stops along the way—during which the father counts individuals for the census—reveal the beautiful yet brutal range of human experience. 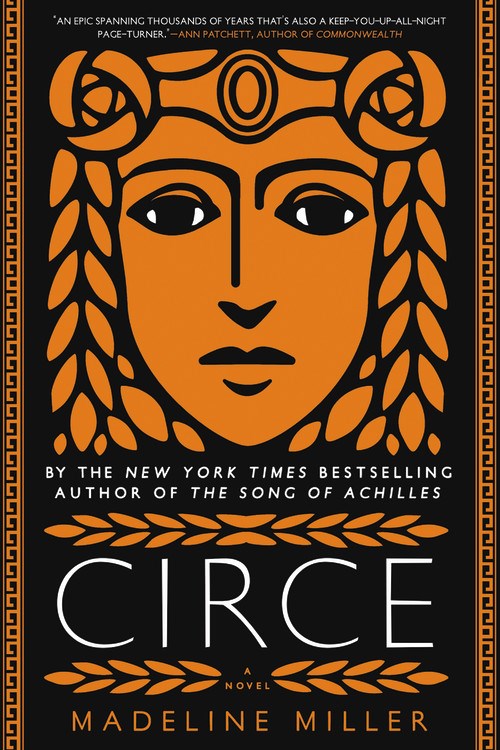 Weaving together Homer’s Odyssey with other sources, Miller crafts a classic story of female empowerment by following Circe from awkward daughter of Helios to her island exile, where she hones her gift of pharmakeia—the art of using herbs and spells. This is an uncompromising portrait of a superheroine who learns to wield divine power while coming to understand what it means to be mortal. 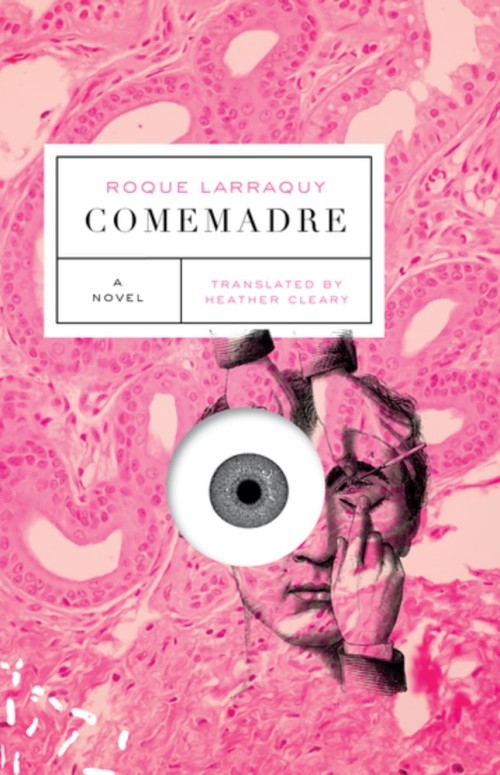 In this wickedly entertaining ride, an Argentinian sanitarium conducts a disquieting experiment: decapitating patients without damaging their vocal cords and asking the severed heads what they see in the few seconds before expiration. Occupying the space between B-movie horror and exceedingly dark comedy, Larraquay’s novel is somehow both genuinely scary and genuinely funny, sometimes on the same page. 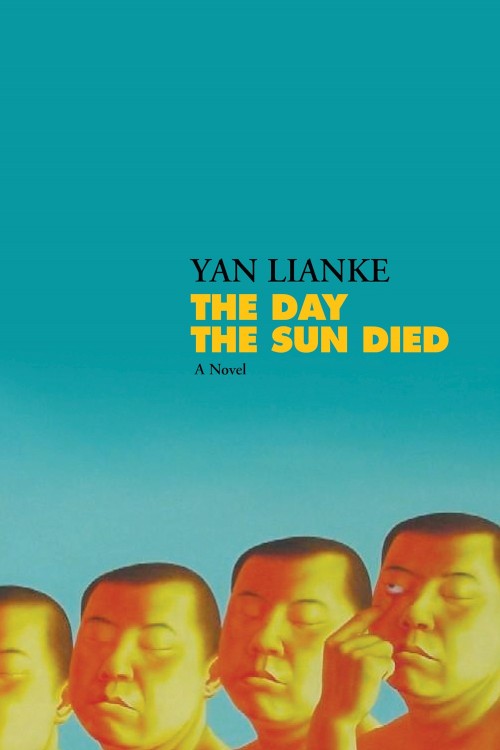 The Day the Sun Died

Yan Lianke, trans. from the Chinese by Carlos Rojas (Grove)

In this chilling satirical novel, a town in rural China is seized by a plague of “dreamwalking,” in which residents spend nights pursuing desires that they keep buried during the day. As violence spreads, a funerary shop owner and his 14-year-old son attempt to pull off a near-mythical plan to save the town. This is a riveting, powerful reading experience. 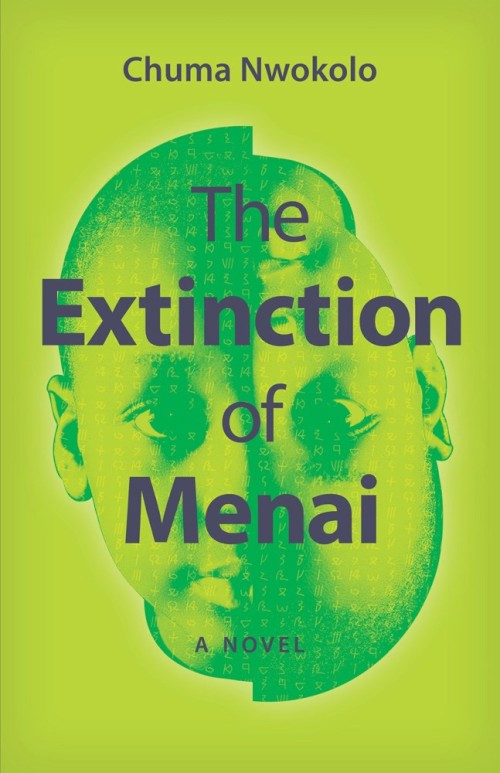 The Extinction of Menai

In 1990, a Nigerian tribe called the Menai are subjected to drug tests by a pharmaceutical company, resulting in the deaths of thousands—by 2005, only a few dozen Menai remain. Nwokolo’s novel features a thrilling, madcap story about twins separated at birth discovering their double lives (unbeknownst even to themselves) and conveys the poignant journey of the Menai spiritual leader searching for the tribe’s ancestral Saharan homeland. 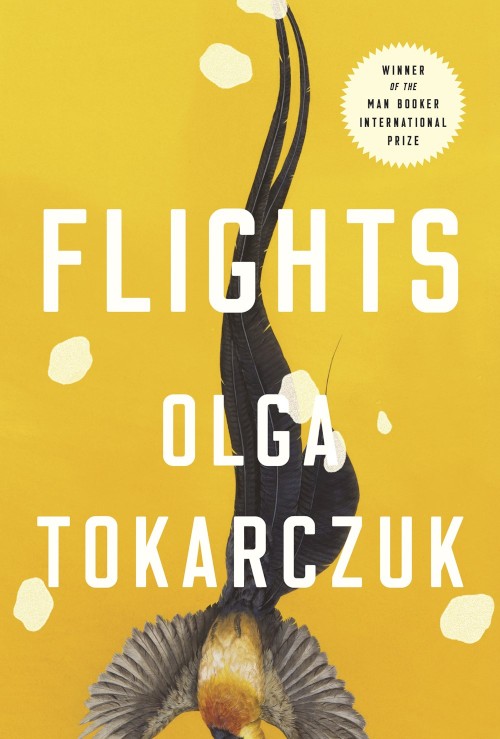 Olga Tokarczuk, trans. from the Polish by Jennifer Croft (Riverhead)

This masterpiece of “controlled psychosis,” as one character phrases it, is written in a cacophony of voices. A tourist in Croatia waits for his wife and son to return from a walk (they don’t); an anatomist keeps the leg of a Viennese courtier in alcohol on the headboard of his bed; an elderly classics professor dies tragically aboard a Greek cruise. By the end, Tokarczuk has extraordinarily stitched together the novel’s associations. 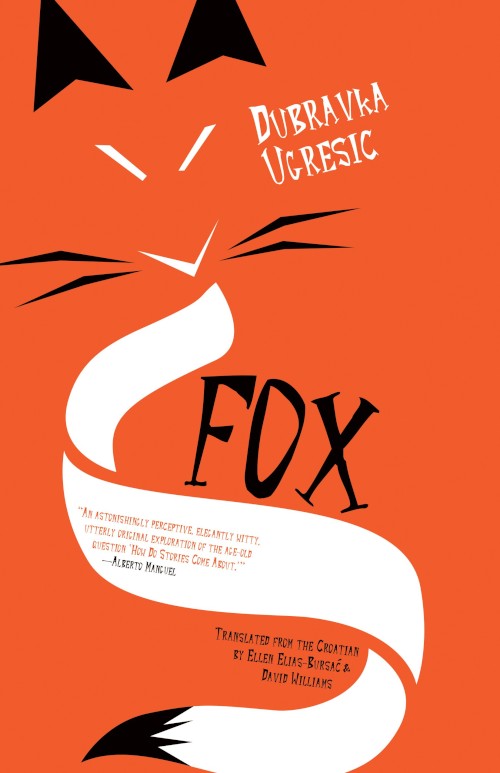 An unnamed narrator in exile from the former Yugoslavia struggles with the complications of 21st-century writing in this soaring, wondrous novel. Threads include the narrator’s disappointing visit to a Holden Caulfield–themed MFA program in Italy and the narrator’s minor indignities of life as an “economy-class writer” within Europe’s literary community. Ugrešić’s work is essential reading for writers and lovers of writing alike. 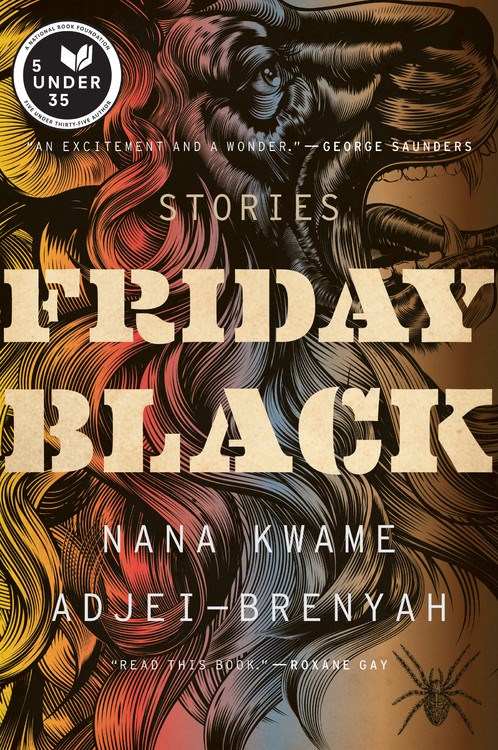 In this momentous, incisive collection, Adjei-Brenyah dissects the dehumanizing effects of capitalism and racism: a school shooting results in both the victim and gunman stuck in a shared purgatory; an amusement park lets participants enter an augmented reality to hunt terrorists or shoot intruders played by minority actors. Adjei-Brenyah’s remarkable range and unflagging voice make this a first-rate collection. 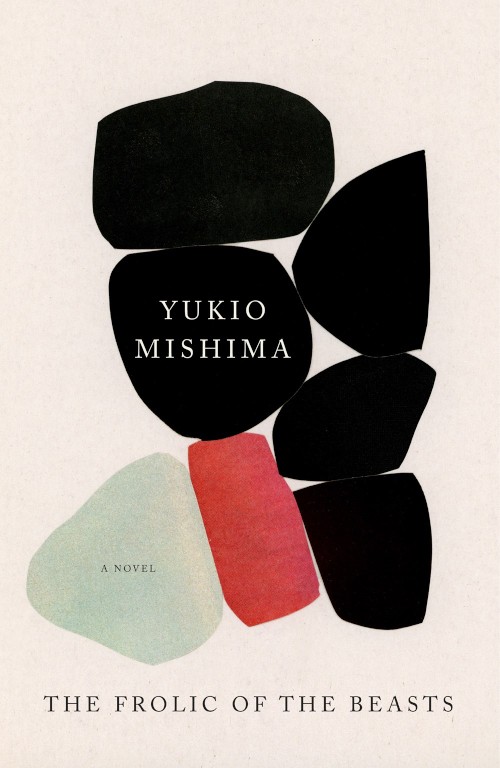 The Frolic of the Beasts

Yukio Mishima, trans. from the Japanese by Andrew Clare (Vintage)

This luridly propulsive novel centers on a depraved love triangle: a cheating husband, his jilted wife, and a young man who is drawn to the wife. Mishima dials up the claustrophobia en route to a shocking ending, providing a masterful look into the “very instant when the truth of perverse human nature begins to shine.” 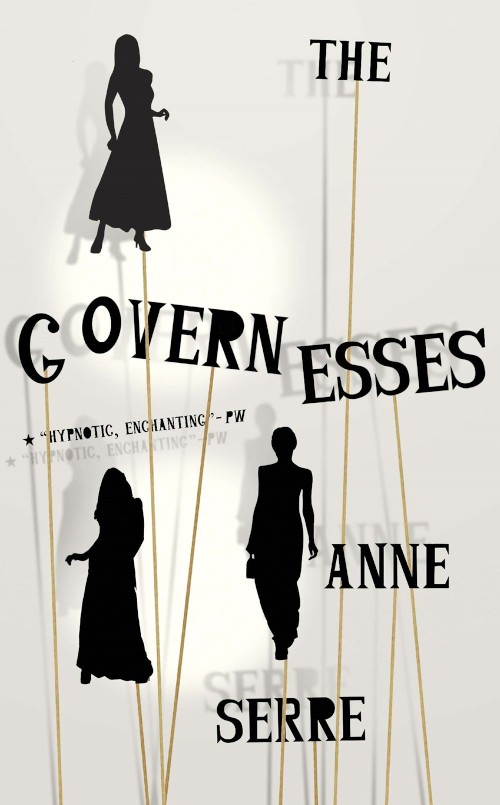 This hypnotic fever dream follows three governesses and the sensuous education they provide while roaming the country estate of a staid married couple. Serre’s enchanting, wistful ode to pleasure boldly follows its own strange, slippery logic. 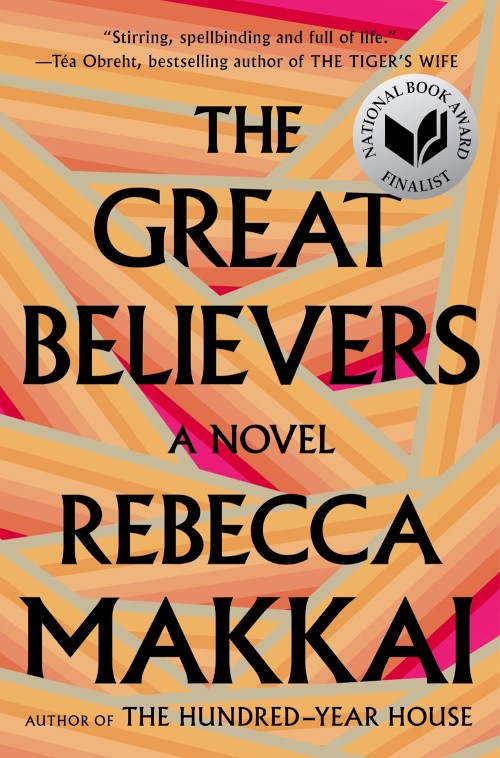 Makkai’s striking, moving novel travels through the 1980s AIDS crisis and tracks its residual effects on the contemporary lives of survivors. In 1985 Chicago, Yale Tishman discovers his longtime partner, Charlie, has tested positive for HIV; in 2015, Fiona Marcus, whose brother was part of Yale’s inner circle in the ’80s, travels to Paris to reconnect with her adult daughter, Claire, who has joined a cult. 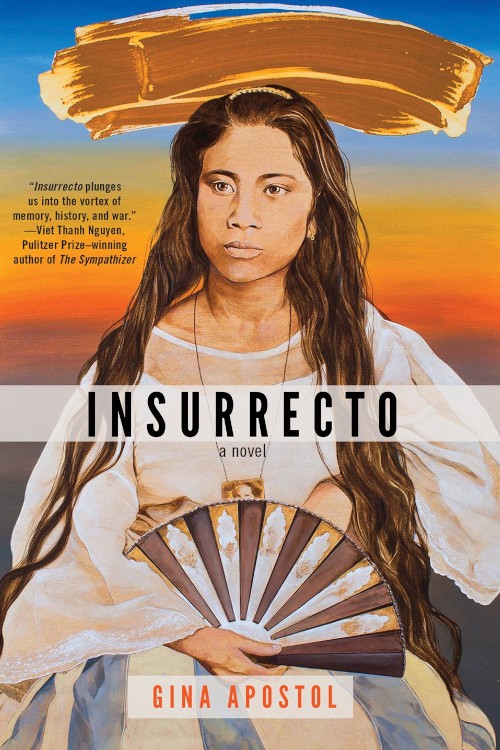 Two women write dueling scripts about the Philippine-American War while on a road trip to the town of Balangiga, the site of a violent conflict between occupying American forces and Filipinos in 1901. Apostol’s novel of staggering imagination deconstructs how humans tell stories and decide which versions of events are remembered, and it fearlessly probes the long shadow of forgotten American imperialism. 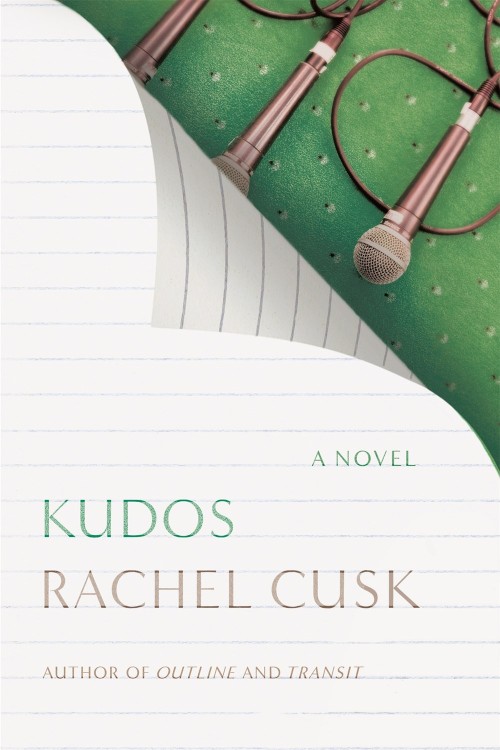 Cusk’s final book in a trilogy (after Outline and Transit) expertly concludes the story of protagonist Faye, a British author, as she travels Europe to speak at writers’ conferences and give interviews, finding herself in conversations about duality in family, art, and more. As always, Cusk’s ear for dialogue and language is stunning. The author ends Faye’s trilogy with yet another gem. 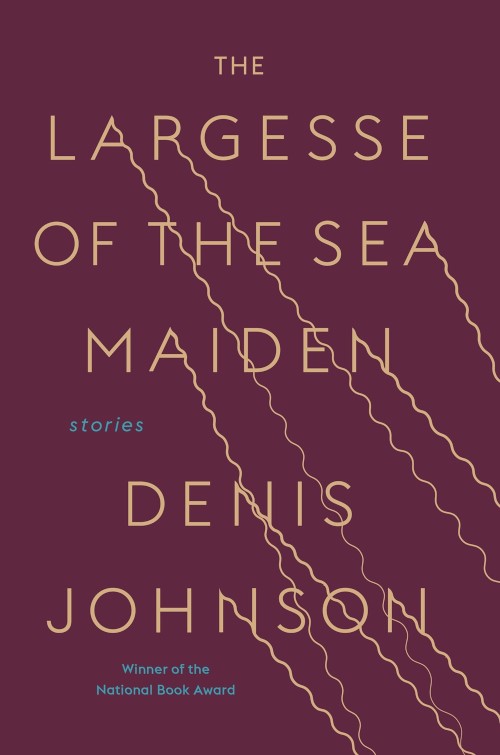 The Largesse of the Sea Maiden

Johnson’s astonishing stories chronicle the small and ecstatic moments in the life of an ad agent, the letters of an alcoholic to the significant people in his life (including Satan), and a poet who pulls his professor into an Elvis conspiracy. Through his characters’ searches for meaning or their clawing just to hold onto life, Johnson is able to articulate what it means to be alive and to have hope. 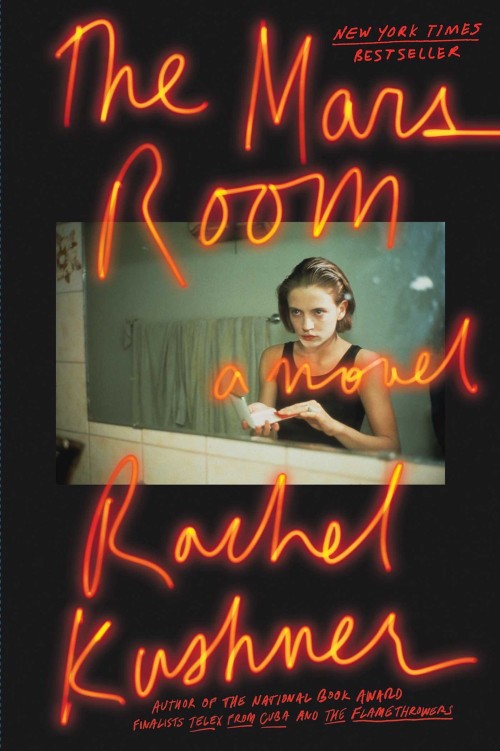 Kushner sets her brilliant and bracing latest in a California prison, where single mom Romy is serving a life sentence for murdering her stalker. The trick here is that the story isn’t defined by the confinement of its setting; just the opposite, in fact, as Kushner never fails to find humanity in all its expansive, messy glory in even the darkest corners of death row. 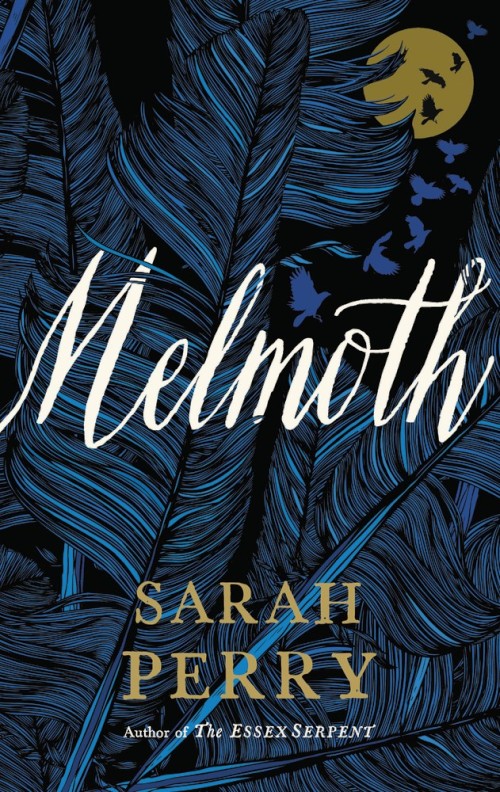 In this gothic masterpiece, translator Helen Franklin lives in Prague, attempting to atone for a wrong she committed decades earlier. She discovers a file reporting the appearances throughout history of Melmoth, a specter who denied the sight of the risen Christ and was cursed to wander the Earth, haunting culpable individuals. Soon, Helen finds herself being followed. 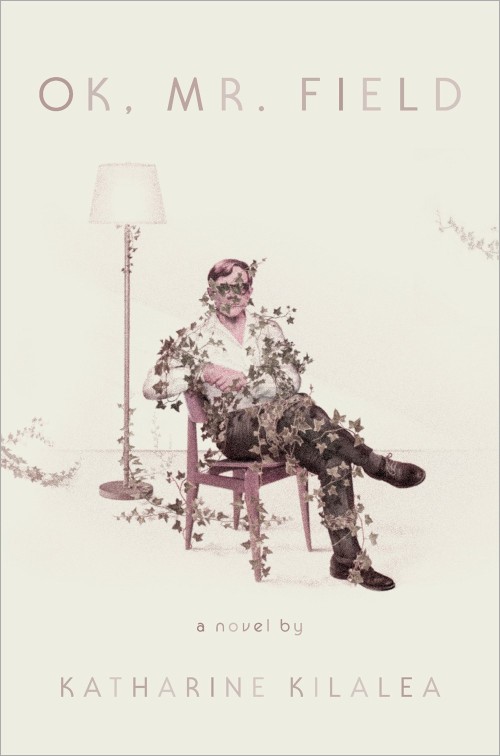 Mr. Field, a concert pianist whose career was ended by a traumatic injury, retires to a replica of Le Corbusier’s Villa Savoye, a modernist masterpiece. But after his wife leaves him, the home—and his mind—begin to change. In her disorienting and enthralling novel, Kilalea creates a unique psychological texture in depicting a solitary mind’s absorption of an empty house. 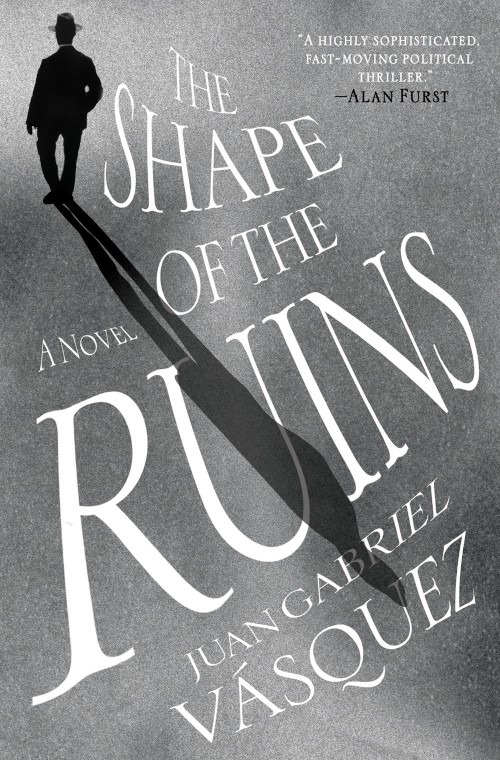 The Shape of the Ruins

Vásquez—author, narrator, and protagonist of this ingenious novel—is pulled into a web of potential conspiracy in Colombia by a radio host named Carballo, who claims to have proof of links between the assassinations of Jorge Eliécer Gaitán (1948) and General Rafael Uribe Uribe (1914). Vásquez’s journey through the dark terrain of his country’s past dynamically illustrates how fiction can address truths history omits. 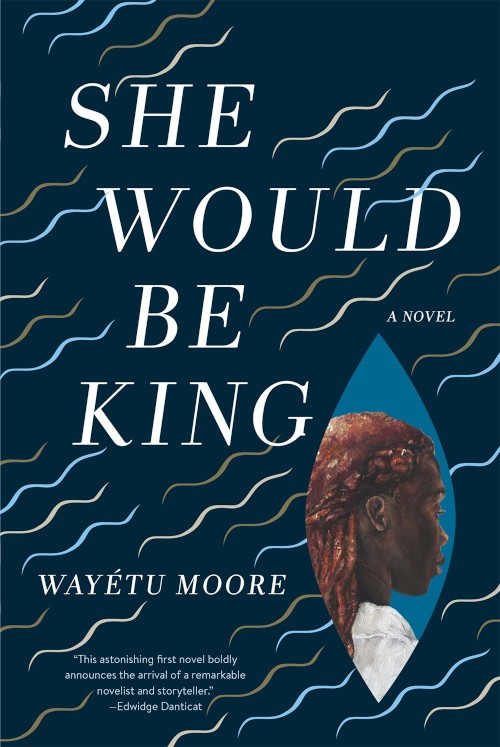 She Would Be King

Moore explores the contradictions of Liberia’s tenuous 19th-century beginnings in this impressive fantasy-inflected novel that revolves around three characters whose paths converge in Monrovia, where they use their magical powers to fight back against slavers. Moore confronts the tribal misogyny, colonial abuse, and racism of Liberia’s history. 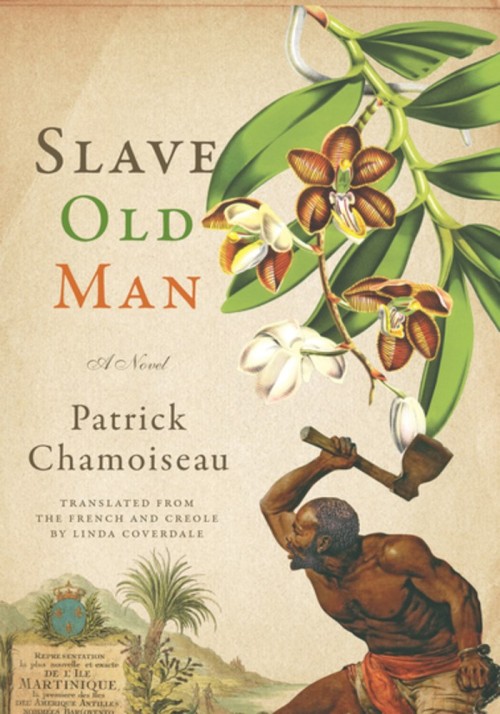 Patrick Chamoiseau, trans. from the French and Creole by Linda Coverdale (New Press)

Chamoiseau’s transfixing novel is about a slave who escapes a plantation in Martinique, pursued by a mythical mastiff. As the old man enters the forest and mystically encounters Martinique’s past, the sensorial prose develops an almost tangible rhythm, making for an astounding reading experience. 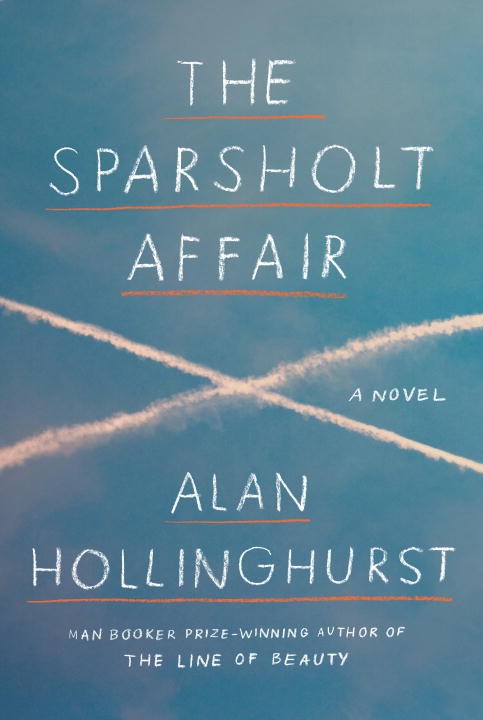 Man Booker winner Hollinghurst’s majestic sixth novel tracks changes in the British cultural landscape from WWII to the present through the experiences of David Sparsholt, a war hero turned industrialist brought down by a gay sex scandal involving a government figure, and his son Johnny, an openly gay artist. The prose is nothing short of sublime. 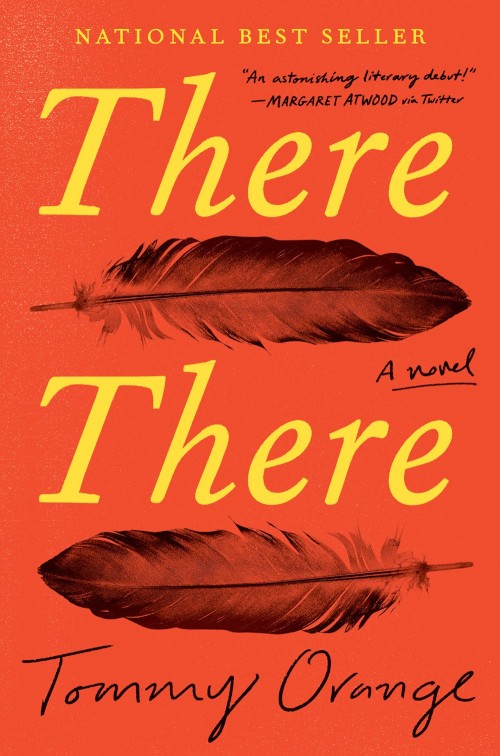 Bouncing between voices and points of view, Orange’s commanding debut chronicles contemporary Native Americans in Oakland as their lives collide in the days leading up to the city’s inaugural Big Oakland Powwow. Orange unpacks how decisions of the past mold the present, resulting in a haunting and gripping story. 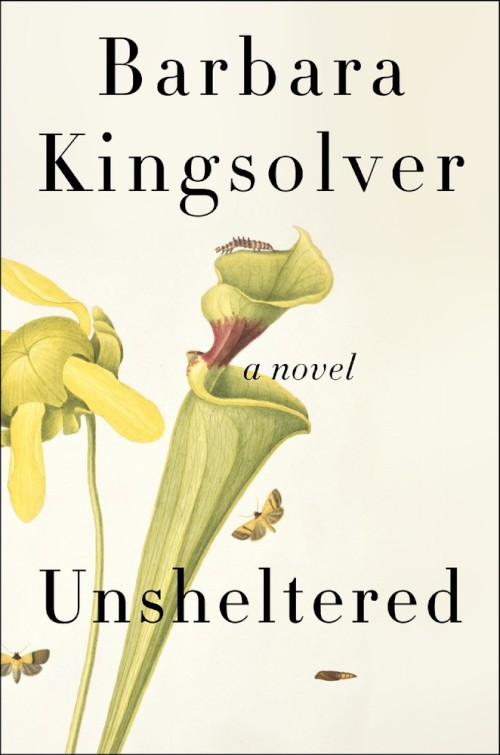 Kingsolver brilliantly and seamlessly intertwines two narratives in Vineland, N.J., over a century apart. In the present, Willa Knox cares for her single son’s new baby while researching the history of her collapsing house. In the 1870s, science teacher Thatcher Greenwood and naturalist Mary Treat support radical new scientific ideas, drawing the ire of Vineland’s repressive leadership. This is Kingsolver at the top of her game. 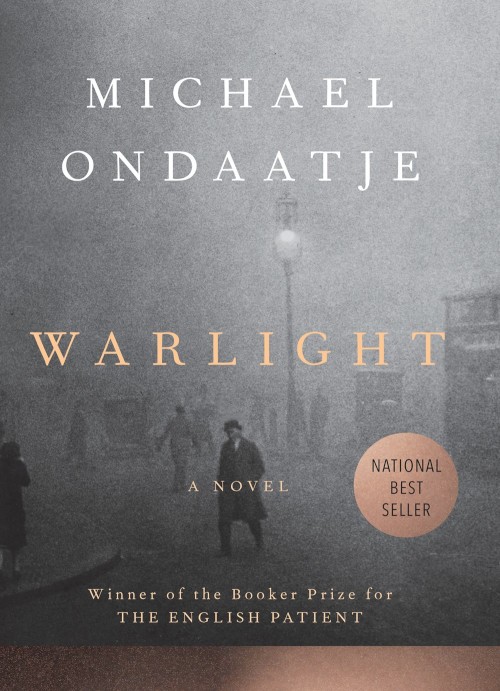 Two siblings whose parents leave them in the care of two dodgy characters under murky circumstances in post-WWII London are at the center of this magnificent novel of secrets, loss, more secrets, and intrigue. Ondaatje is a preternaturally gifted storyteller, and this is a fine showcase of his abilities.