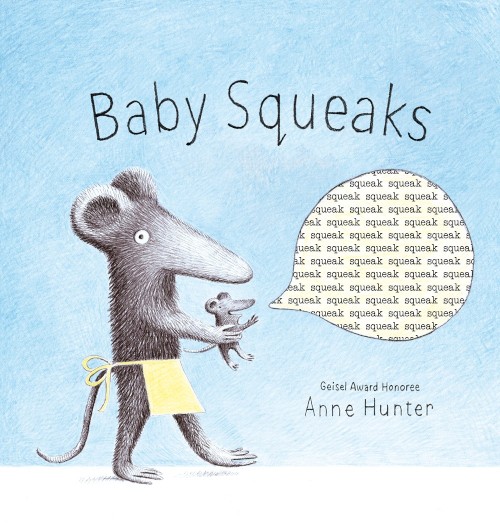 The gift of gab proves deeply funny in Hunter’s earnest portrait of early language acquisition. Baby Mouse starts out as a quiet infant, but language soon flows inexorably forth in the form of a repeated “squeak.” When Mama worries about her offspring’s whereabouts, Baby Mouse’s voice proves useful indeed in a picture book that honors the realities of both parent and child. 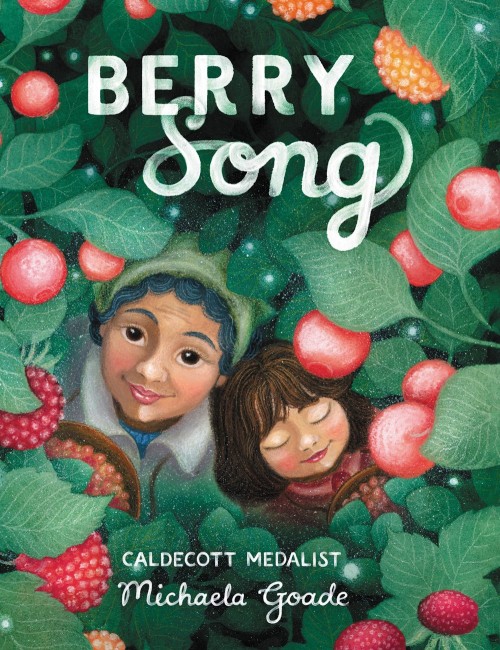 “On an island at the edge of a wide, wild sea,” a Tlingit child and grandmother celebrate the earth as they forage through the seasons. Together, they express gratitude as they gather seaweed, catch “slippery salmon,” and pick forest berries. Goade’s lushly wrought illustrations paint a serene picture of nature and its many gifts that’s just right for berry season and beyond. 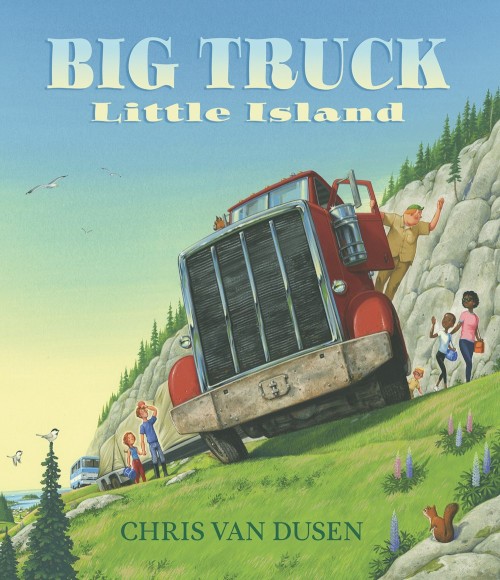 When a jackknifed semi obstructs an island’s lone thoroughfare, four children stuck on either side come up with the solution of having their parents swap cars so they can head to their respective outings. Van Dusen’s crisply rhyming, economic text underscores both the protagonists’ ingenuity and the book's core message: when community and trust run deep, life’s obstacles are easier to work around. 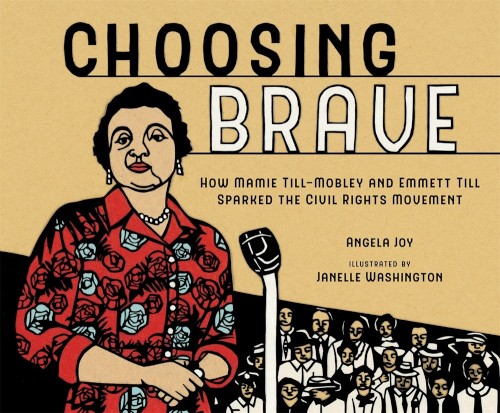 Choosing Brave: How Mamie Till-Mobley and Emmett Till Sparked the Civil Rights Movement

In a well-contextualized historical volume, Joy’s urgent, cadenced prose and Washington’s dimensional cut-paper artwork relay the biography of Mamie Till-Mobley from childhood to parenthood to seeking justice for the lynching of her son, Emmett Till. Quoting Till-Mobley—“Everybody needs to know what happened to Emmett Till”—the creators pay essential witness to people and events that galvanized the civil rights movement. 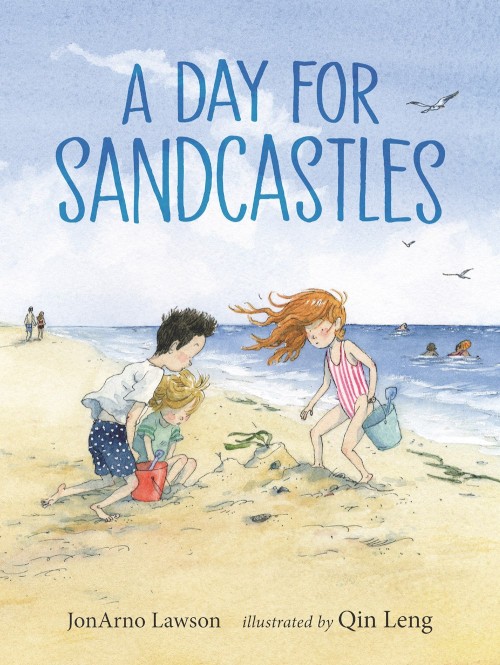 A Day for Sandcastles

Lawson and Leng offer a wordless story about a long day at the beach. When three children begin building a sandcastle near the ocean’s edge, various events require the kids to begin again. It’s a gentle vision of the best kind of childhood learning curve—slow, cooperative, independent, and made with little more than water and sand. 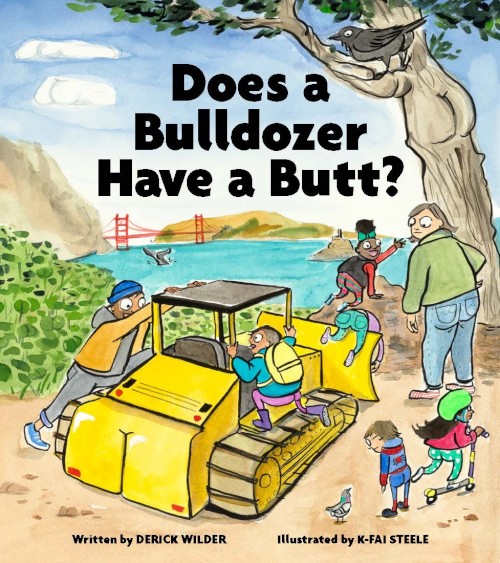 Does a Bulldozer Have a Butt?

As a father and child walk to school, an important question arises: “Which things do and don’t have butts?” Paired with Steele’s renderings of myriad tushes, Wilder’s conceit will doubtless win over young readers. Most important, though, is the book’s perspective: one of a world in which questions serve as a common bond, curiosity is amply rewarded, and variety is the spice of life. 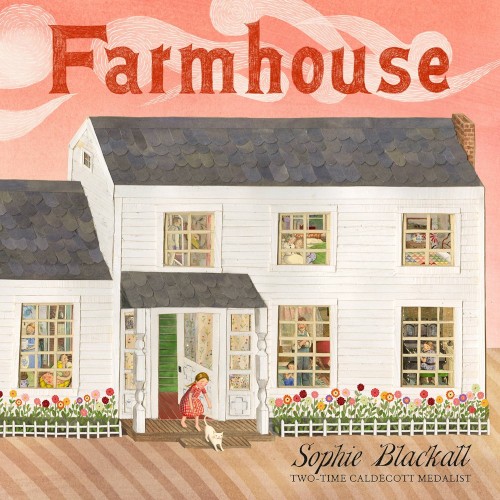 In densely textured multimedia spreads that offer much to pore over, this picture book relays the history of a clapboard farmhouse “where twelve children/ were born and raised,/ where they learned to crawl,/ in the short front hall.” The tale’s spectacular sense of place undergirds Blackall’s take on the way environments change over time and stories survive long after material objects disappear. 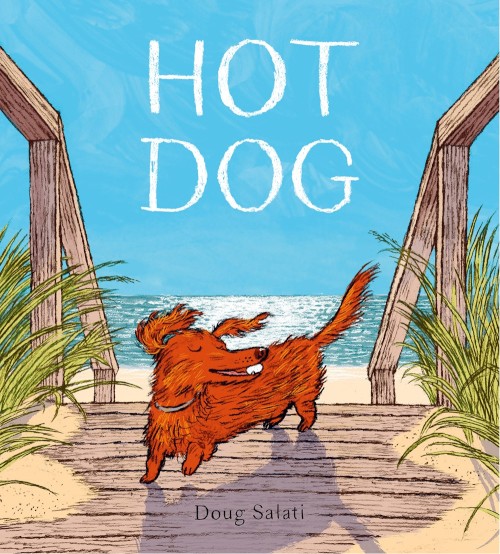 Salati’s remarkable solo debut stars a copper-hued, city-dwelling dachshund melting down on one sizzling summer day, until—a cab, a train, and a ferry later—hound and human companion arrive at “an island... wild and long and low,” where, at last, “a pup can run.” Luxurious scenes of ocean, sand, and reeds culminate in a calming portrait of escape and renewal. 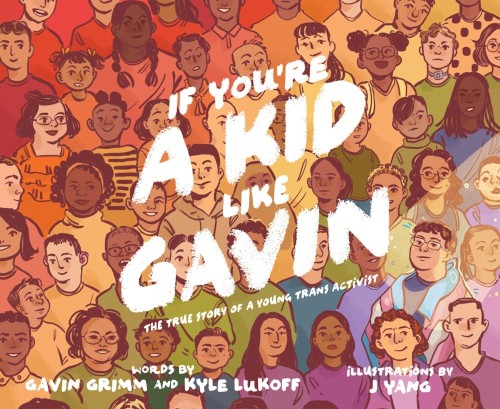 If You’re a Kid Like Gavin: The True Story of a Young Trans Activist

Grimm, Lukoff, and Yang’s autobiographical picture book traces how discriminatory practices at school led to Grimm’s advocating for trans rights all the way to the Supreme Court. This call for action, authenticity, and equity invites readers to connect with the text both as people “like Gavin” and people who, “like Gavin,” understand that everyone has the right to be themselves. 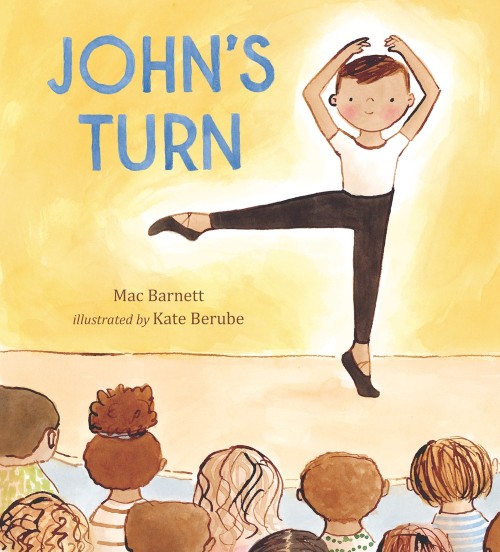 After a morning of nerves, John takes the stage with a breathlessly kinetic dance routine—and the audience knows just how to respond. Employing sweet humor and sensory detail, Barnett and Berube convey the unexpected beauty of a school performance in this story of a community staying open and curious, and a child who shares their effort with brave vulnerability. 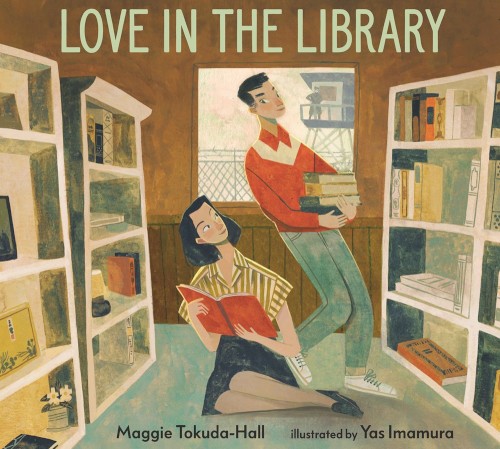 Love in the Library

Love blooms at a Japanese prison camp in this compassionate narrative inspired by the experiences of Tokuda-Hall’s grandparents. Employing simple yet evocative language paired with dynamic gouache and watercolor illustrations by Imamura, this picture book—a sensitively told introduction to life in Japanese internment camps—transcends its central romance to encompass love for books, community, and being human. 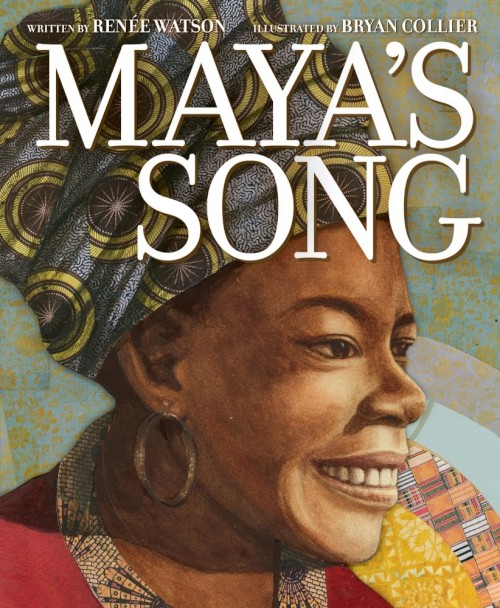 In allusive biographical poems that focus on their subject’s developing voice, Watson recounts the life of activist and author Maya Angelou, beginning with her St. Louis birth and ending with her reading at the 1993 presidential inauguration. Collier’s richly textured collage and watercolor art adds depth to every image, making for a thoughtfully rendered biography of a dazzling figure. 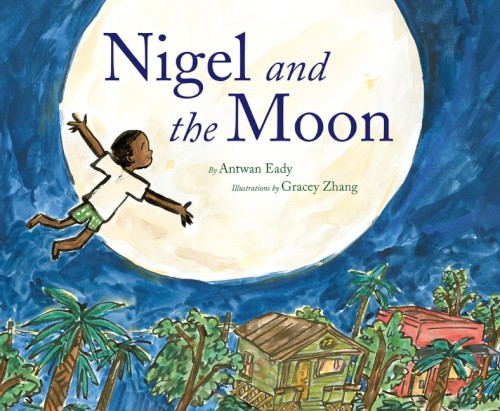 Nigel and the Moon

A Black boy named Nigel struggles to share his aspirations with anyone except the moon, but when his parents attend his classroom’s career week, he finds courage to move beyond comparison. Subtly tackling themes of class, gender expectations, and race, Eady’s tender lines and Zhang’s fluid illustrations offer up a loving exhortation to “dream big... and be proud of who you are.” 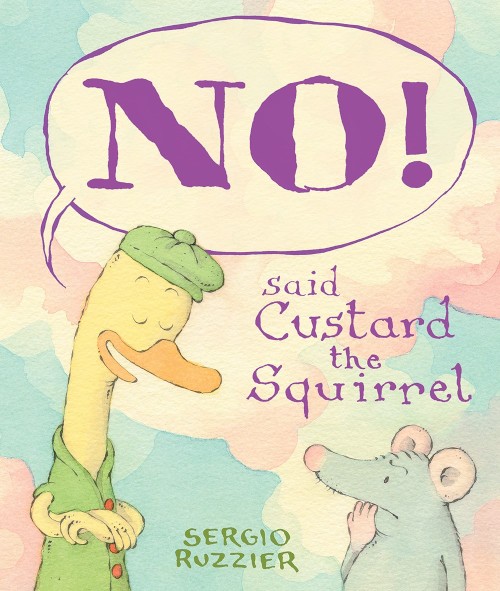 No! Said Custard the Squirrel

Pointing to a ducklike image in a book, a gray rodent-type animal confronts the eponymous protagonist: “Custard the Squirrel, aren’t you a duck?” “No,” replies Custard, a yellow figure with an orange bill and feet. As the rodent insists on conventional duck behavior, Custard scans as upbeat but firm in a gladly resounding take on confronting bias, labels, and assumptions. 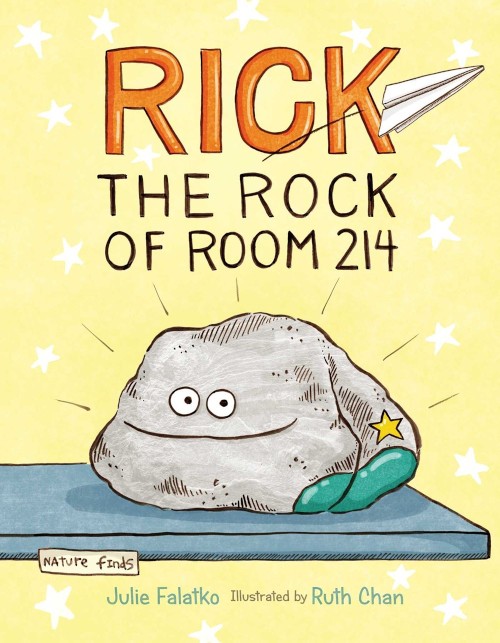 A science lesson persuades rock Rick, who sits on Room 214’s Nature Finds shelf, that he’s made for adventure in this winning classroom picture book. Mixing humorous narration with comics-style framing, Falatko and Chan earn a gold star for comedy cooperation, showing that adventure is really what you make it—and who you make it with. 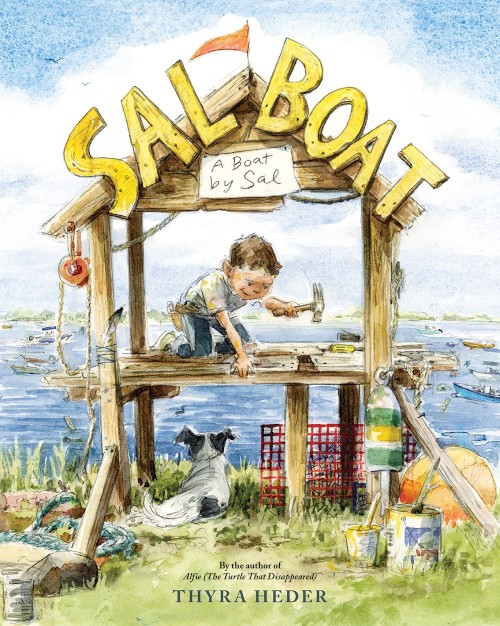 Sal Boat (A Boat by Sal)

When young Sal starts building a boat, word spreads quickly around his harbor town, and soon the project is the recipient of advice and even jokes: “This isn’t a game,” Sal says, “it’s my BOAT.” Heder works in watercolor and sculptural pencil, building to a film-worthy emotional climax in this picture book of resourcefulness and loving community. 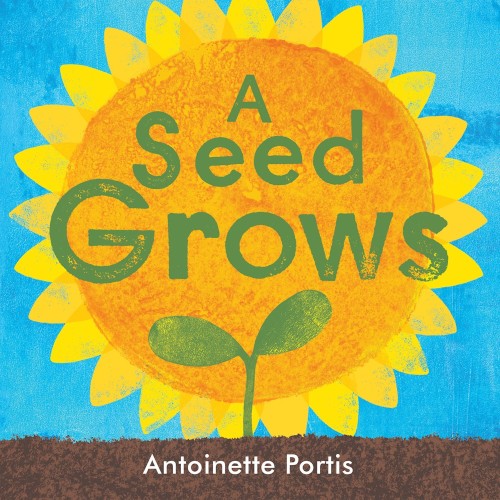 Employing spare language and sunny, stippled multimedia spreads that belie their quiet complexity, Portis gracefully traces a sunflower’s cycle from seed to sprout to plant—and back again. Almost as jam-packed as a seed itself, this vibrant offering details a seedling’s early needs and maturation phases with text and images that hint at the plant’s place as participant in the natural world. 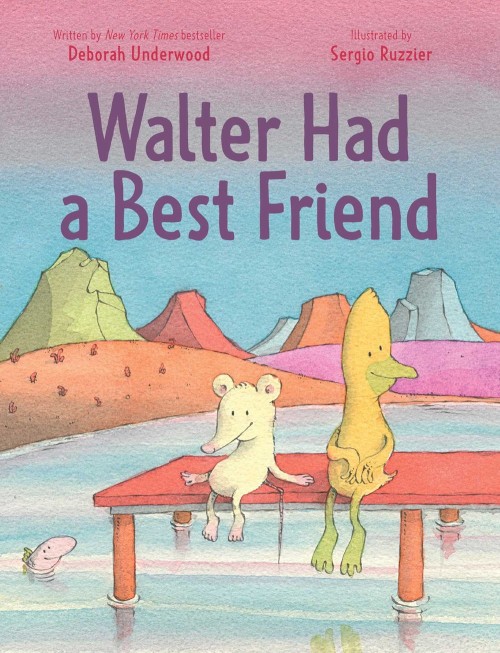 Walter Had a Best Friend

After Walter’s best friend finds a new companion, the rodent sustains a period of real mourning before things improve. Underwood and Ruzzier pay careful attention to the character’s difficult experience, giving it direct, powerful words before revealing what’s on the other side, and painting a realistic but hopeful arc of change. 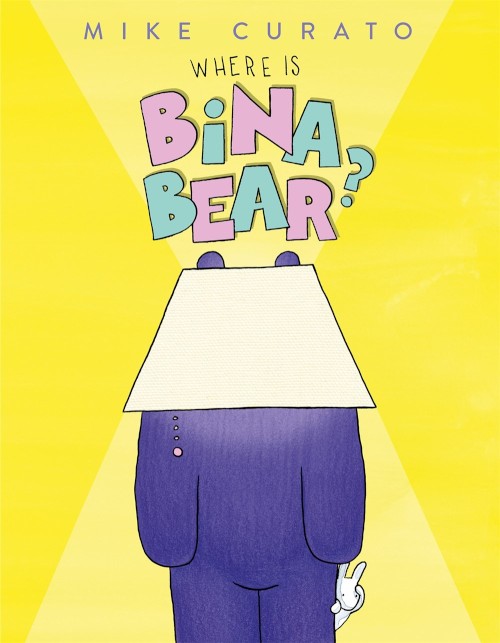 Where Is Bina Bear?

While at a social gathering, Bina, a large purple bear, camouflages herself as a series of increasingly elaborate objects. When the event's host asks if she’s okay, Bina admits that she doesn’t care for parties. With a gently comic touch, Curato refreshingly acknowledges and appreciates Bina’s needs in this tender tribute to lone wolves (er, bears) and the beings who love them. 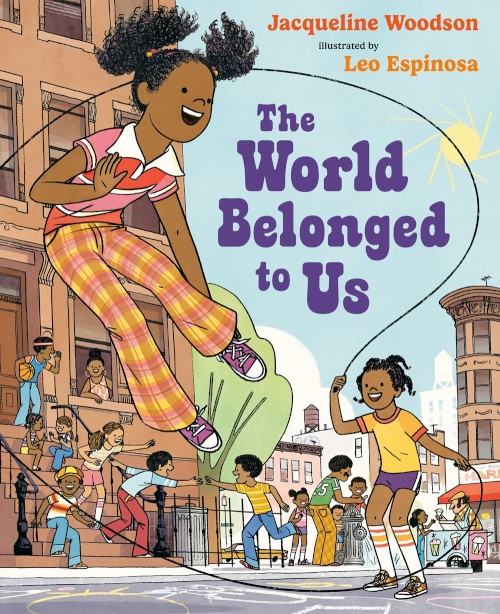 The World Belonged to Us

Lilting, intimate lines by Woodson capture a delicious sense of autonomy and possibility shared “in Brooklyn/ in the summer/ not so long ago,” when “the minute/ school ended, us kids were free as air.” In Espinosa’s spreads, kids crowd sidewalks and stoops, open hydrants, and play street games. It’s a book about how childhood can engender joy that follows “everywhere I’d ever go.”