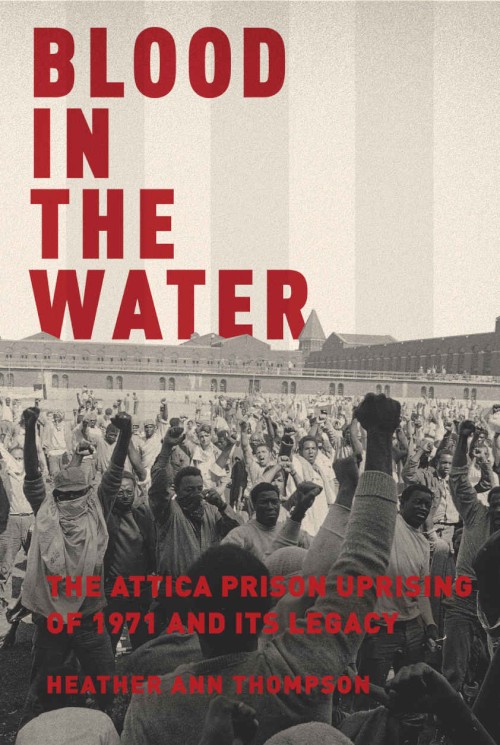 Blood in the Water: The Attica Prison Uprising of 1971 and Its Legacy

A 45th anniversary may be an odd milestone to mark, but prison reform can't wait. Thompson's encyclopedic account of Attica and its aftermath is the first of its kind, primarily because New York State authorities tried to suppress the truth from the moment the prisoners began agitating for their rights. 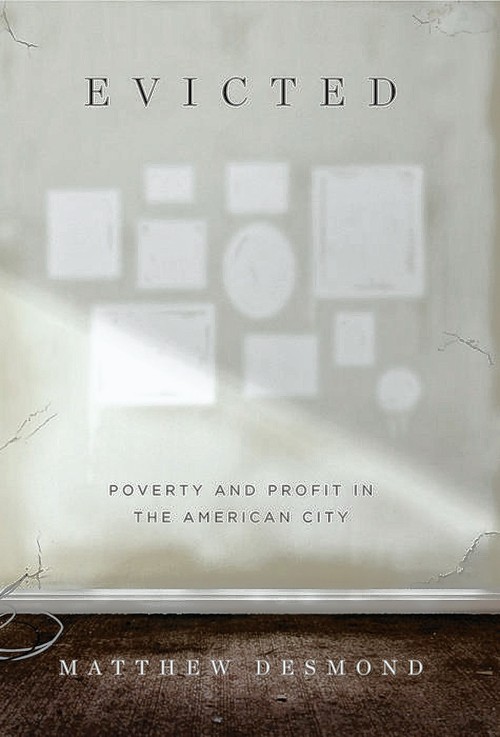 Evicted: Poverty and Profit in the American City

Gripping storytelling and scrupulous research undergird this outstanding ethnographic study in which Desmond, a professor of sociology at Harvard, explores the impact of eviction on poor families in Milwaukee, Wis. Focusing on eight families in varying circumstances, Desmond adds depth and immediacy to the role of housing in the creation of poverty in America. 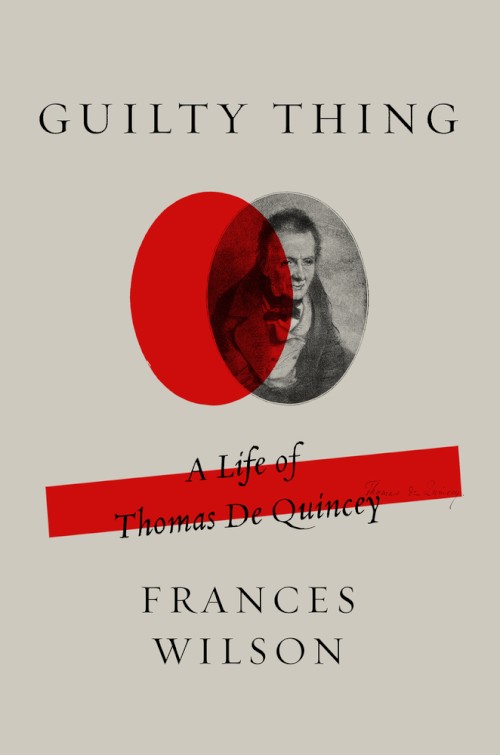 This is a mesmerizing and agile biography of the 19th century English writer, best known for the autobiographical Confessions of an English Opium-Eater. Wilson captures De Quincey's multifaceted personality and career—as obsessive literary stalker, "born journalist," and visionary author, as well as his continuing influence on our own time. 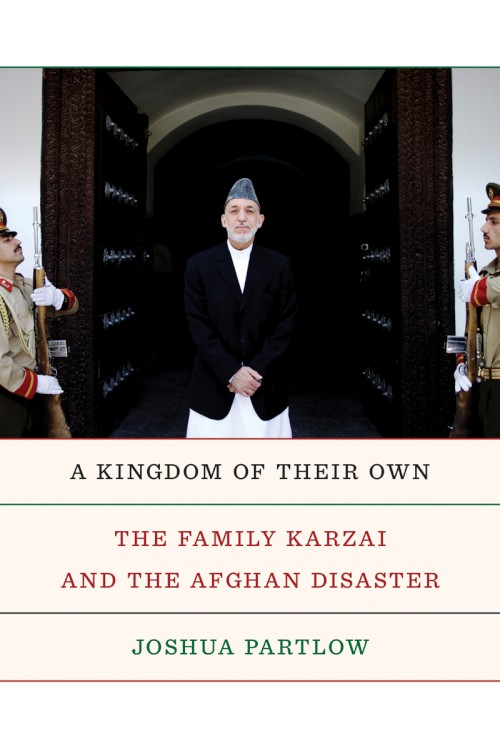 A Kingdom of Their Own: The Family Karzai and the Afghan Disaster

Partlow, a veteran foreign correspondent, gives an excellent account of a vastly difficult topic, exploring America's entanglement with Afghanistan, our country's longest war, in terms of U.S. relations with President Hamid Karzai and his family. The book offers an eye-opening new perspective on what went wrong, and on Karzai's much criticized tenure. 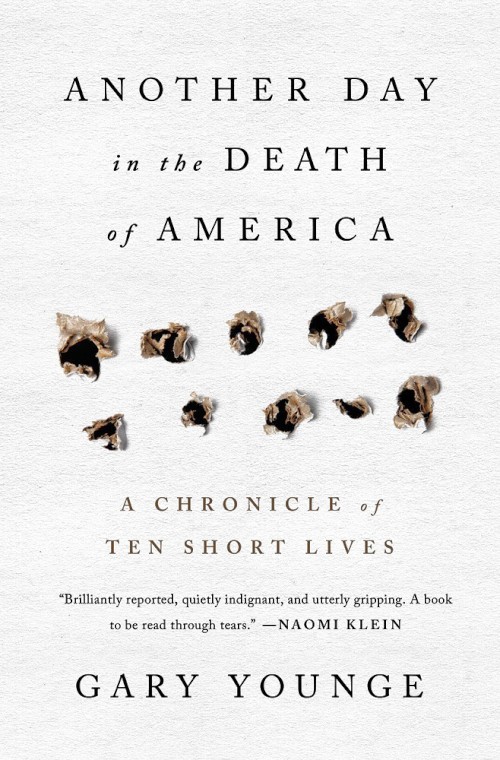 Another Day in the Death of America: A Chronicle of Ten Short Lives

Drawing from scholarship and the insights of community organizers on violence, economics, and psychology, Guardian journalist Younge chronicles the shooting deaths of 10 children and teens on a random Saturday in 2013 to illustrate the capriciousness of gun violence in America. 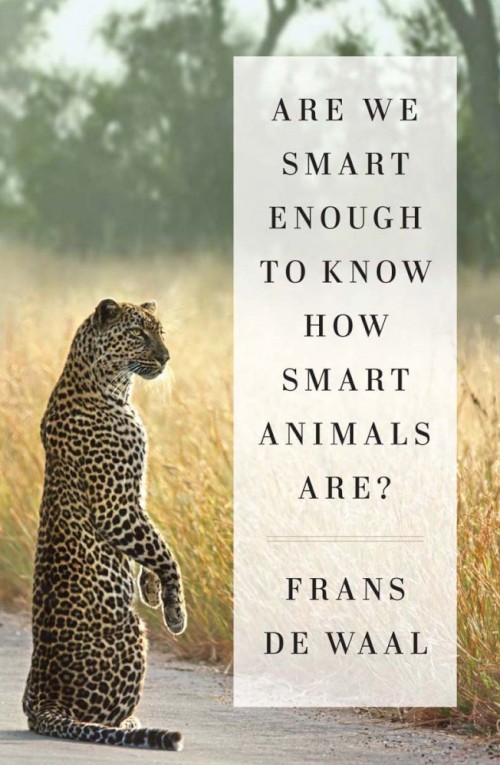 Are We Smart Enough to Know How Smart Animals Are?

The short answer here is "probably not," but de Waal's long answer is much more enlightening and entertaining. We've studied animal intelligence for years without reaching any firm conclusions about the nature of that intelligence. De Waal asks profound questions about our search and whether we've been going about it in the right way, as well as what exactly separates "us" from "them." 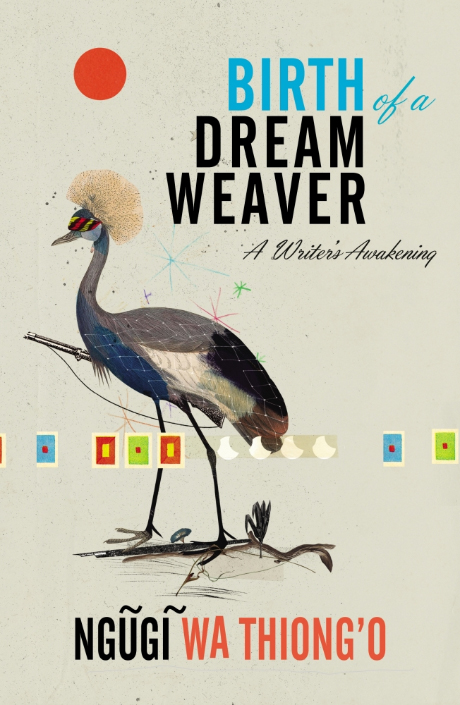 Birth of a Dream Weaver: A Memoir of a Writer's Awakening

A memorable, eloquent, and perceptive memoir from Kenyan novelist Thiong'o in which he focuses on his four pivotal years as an undergraduate at a Ugandan university in the early 1960s, where he wrote articles, composed plays, and discovered his voice as a novelist, against the backdrop of a continent in flux, as onetime colonies became independent nations. 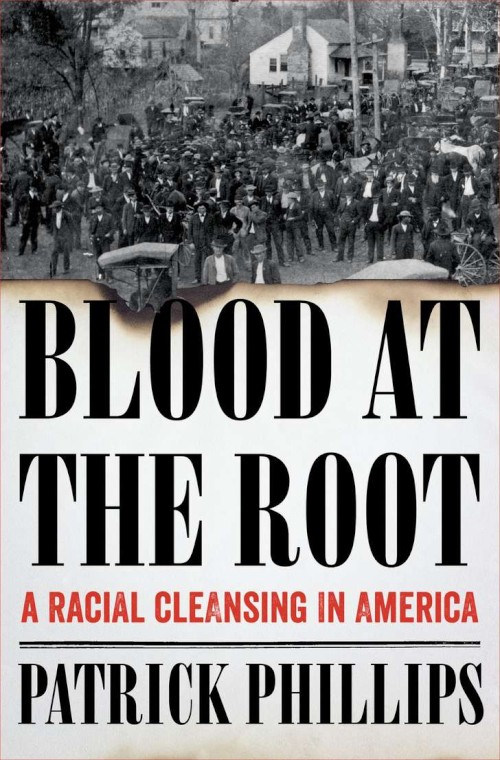 Blood at the Root: A Racial Cleansing in America

Phillips employs his considerable writing skills to chronicle how whites expelled the African-American population of Forsyth County, Ga., and through systematic terror kept the county whites-only for three-quarters of the 20th century. 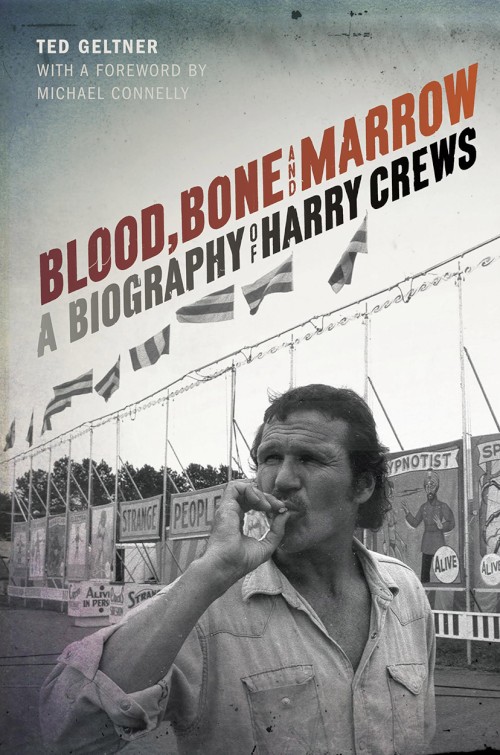 Blood, Bone, and Marrow: A Biography of Harry Crews

This literary biography captures the wild spirit of an unflinching American writer, from his upbringing in impoverished Bacon County, Ga., to his years as a creative writing teacher, and his unlikely attainment of literary stardom. Geltner proves that Crews was not just a great "Southern gothic" writer, but a great American one, too. 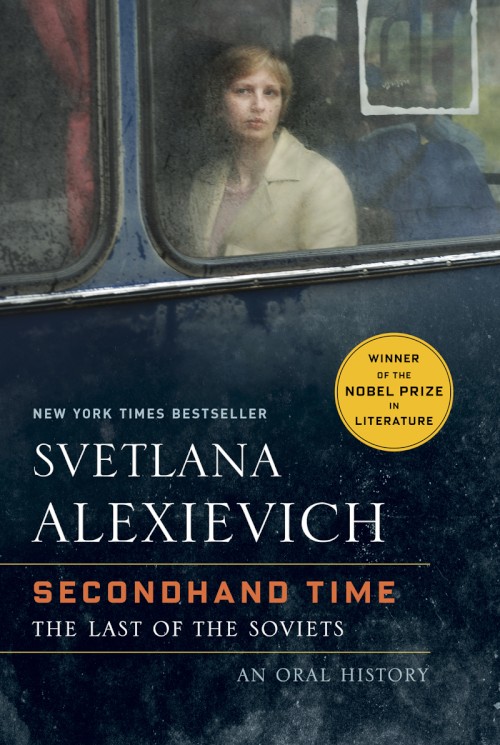 Secondhand Time: The Last of the Soviets

Alexievich won the 2015 Nobel Prize for Literature "for her polyphonic writings, a monument to suffering and courage in our time." She demonstrates great skill and care in documenting real human lives as the Soviet Union reached its end and newly independent states struggled into being. Hardship permeates this largely bleak work, but it's a necessary confrontation with brutal realities. 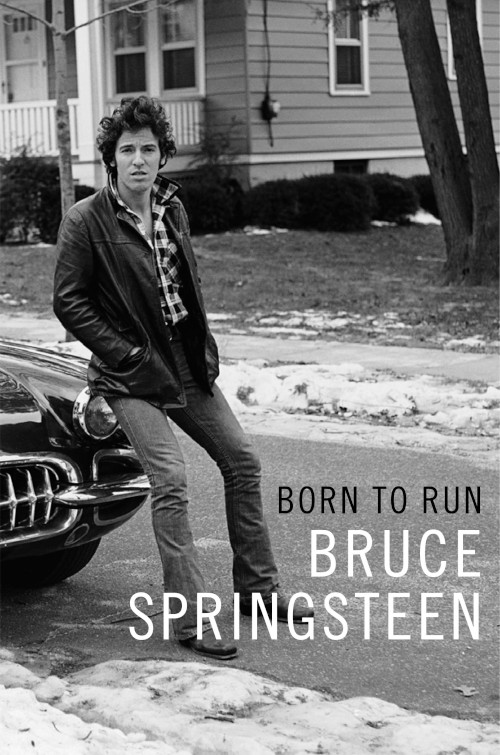 In his long-awaited memoir, Springsteen invitingly takes readers on an entertaining, high-octane journey as he moves from the streets of New Jersey to the rest of the world. 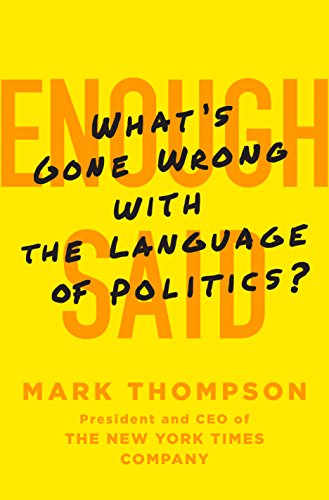 Enough Said: What's Gone Wrong with the Language of Politics

If there's one thing liberals and conservatives can agree on, it's that the quality of American political rhetoric has declined in recent years. Thompson, president and CEO of the New York Times Company, looks at what went wrong. His book is simultaneously a history, an autopsy, a how-to manual, and a cautionary tale, packing a high percentage of insights per page. 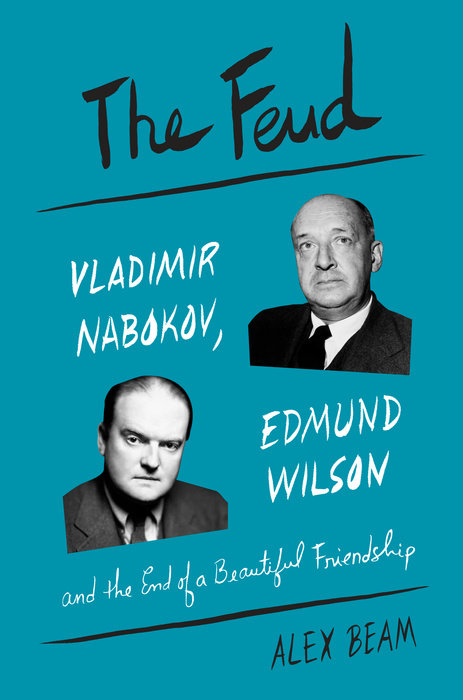 The Feud: Vladimir Nabokov, Edmund Wilson, and the End of a Beautiful Friendship

By turns melancholy and hilarious, Beam's book traces the waxing and waning of friendship between two literary giants. When they first met, Nabokov was a poor European émigré and Wilson was America's leading literary critic. Later, when the power positions reversed, their friendship disintegrated in a public war of words both brutal and absurd. 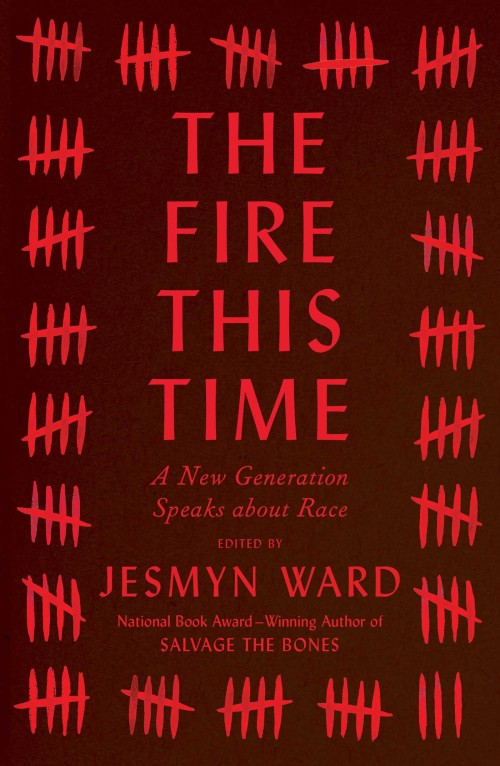 The Fire This Time: A New Generation Speaks About Race

This timely collection of essays and poems gathers voices of a new generation to present a kaleidoscopic performance of race in America. The 18 contributions cover topics deep in history as well as in the current culture, adding freshly minted perspectives to the national conversation on race. 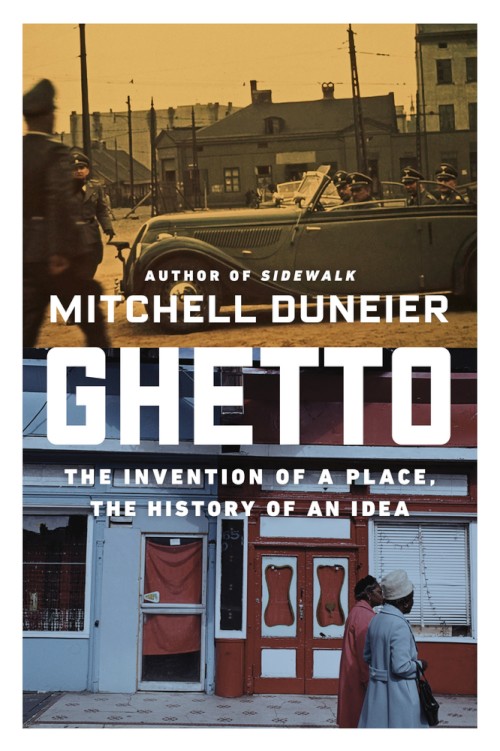 Ghetto: The Invention of a Place, the History of an Idea

Duneier skillfully traces the origins of the ghetto from its Renaissance beginnings to its modern manifestations, noting the changes in how it was defined, who got to define it, and who benefited from its existence. A product of public policy rather than natural settlement, the ghetto has symbolized communitarian resistance, systemic racism, and political failure. It is also, for many, home. 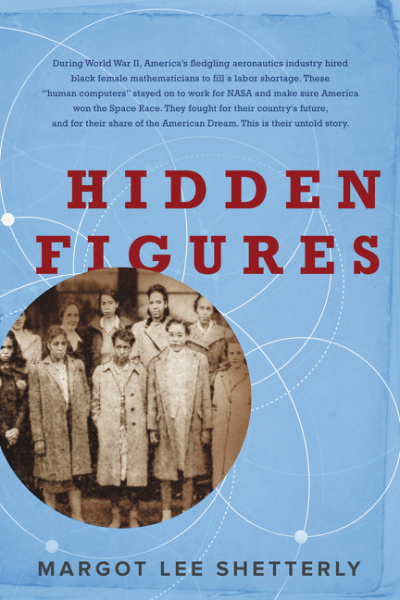 Hidden Figures: The American Dream and the Untold Story of the Black Women Mathematicians Who Helped Win the Space Race

Shetterly uncovers the little-known story of the black women mathematicians hired to work at the Langley Memorial Aeronautical Laboratory in Hampton, Va., doing calculations for white male engineers during WWII in the midst of a cultural "collision between race, gender, science, and war." 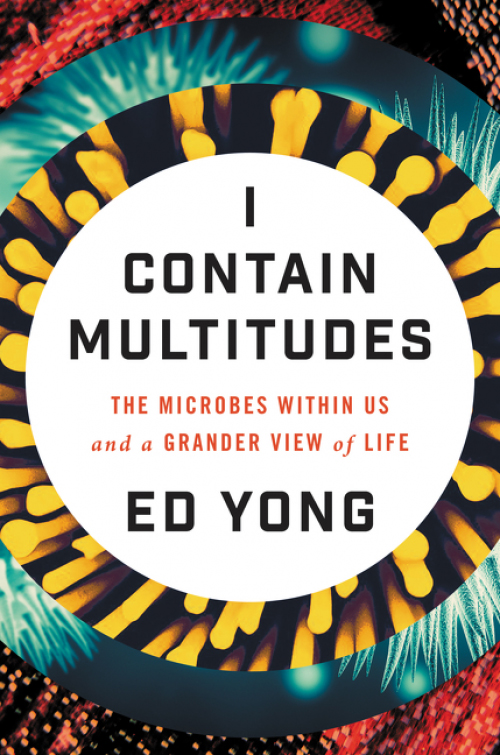 I Contain Multitudes: The Microbes Within Us and a Grander View of Life

In this powerful treatise on the benefits of ecological thinking, Yong describes the vast and ancient yet still poorly understood world of microbiota, whose study in isolation has yielded poor results. As researchers have started to examine microscopic communities, they've produced new insights on a range of biological systems and animal behaviors. 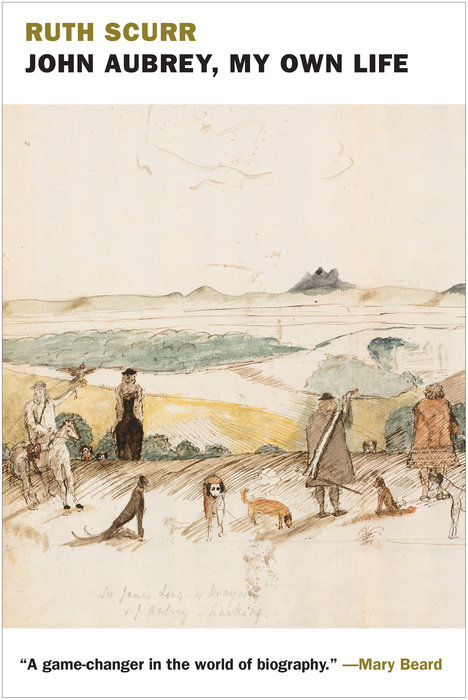 John Aubrey, My Own Life

Scurr brings John Aubrey, a Renaissance man of 17th-century England, brilliantly to life, using surviving letters and manuscripts to craft the diary Aubrey never wrote. Living in a century of religious and political upheaval, Aubrey sought to preserve the old and discover the new, researching a wide range of subjects including medicine, architecture, and archeology. 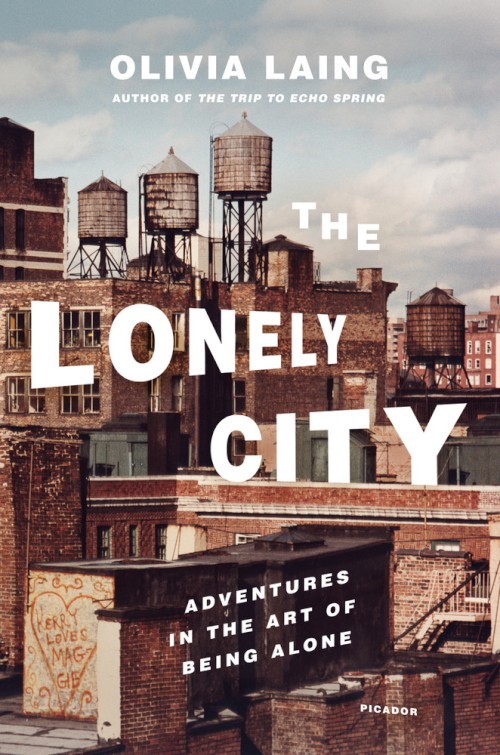 The Lonely City: Adventures in the Art of Being Alone

Laing's restless curiosity, intellect, and command of language lead the way in this investigation into the role of loneliness in the lives and work of four artists—Henry Darger, Edward Hopper, Andy Warhol, and David Wojnarowicz—and its often-paradoxical contours in her own life as a transplant to New York City. 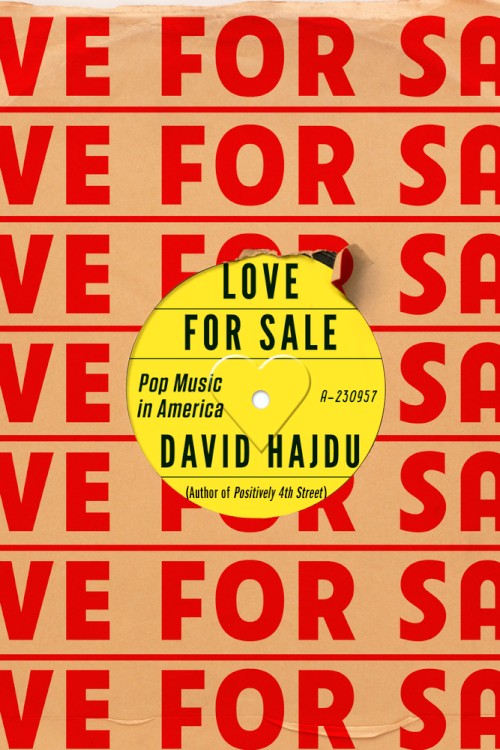 Romance, social bonding, and self-definition are readily available for the price of a Victrola cylinder, record, CD, or iTunes download, posits music critic Hajdu in this illuminating, idiosyncratic history of pop music. 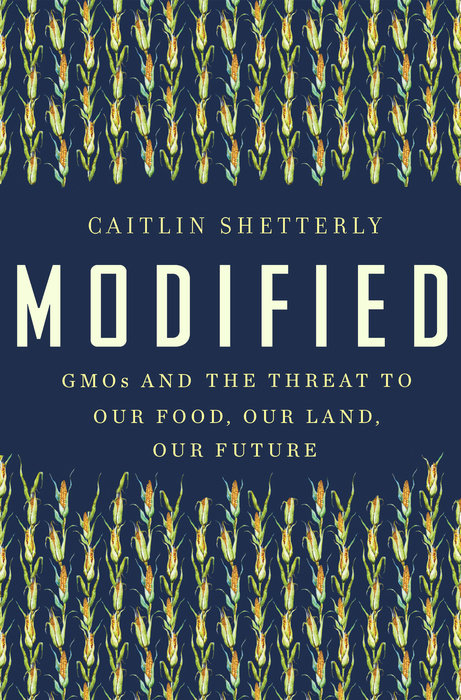 Modified: GMOs and the Threat to Our Food, Our Land, Our Future

Though GMOs are touted by agribusiness as the future of global agriculture, even the Union of Concerned Scientists remains skeptical about the industry’s claims. Shetterly adroitly raises a plethora of questions about the purported safety and benefits of genetically modified crops. GMOs may turn out to be fine, but very little independent research has been conducted, and the industry remains hostile to transparency. 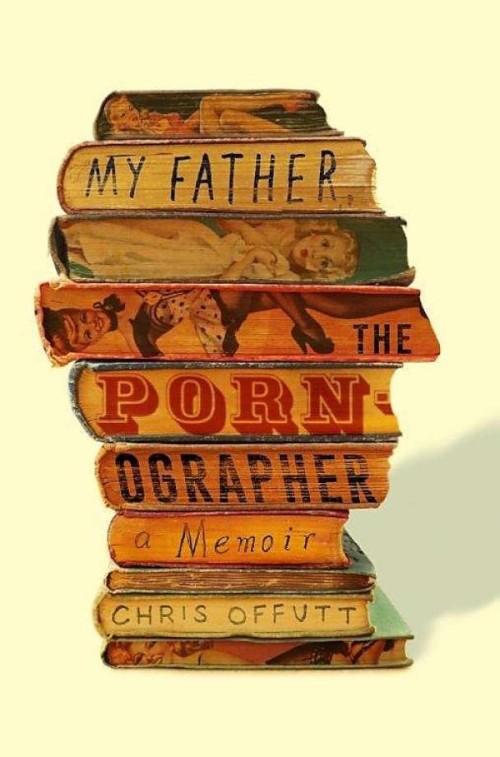 My Father, the Pornographer: A Memoir

Novelist and screenwriter Offutt grapples with the lurid, overbearing legacy of his eccentric father in this conflicted and touching memoir. 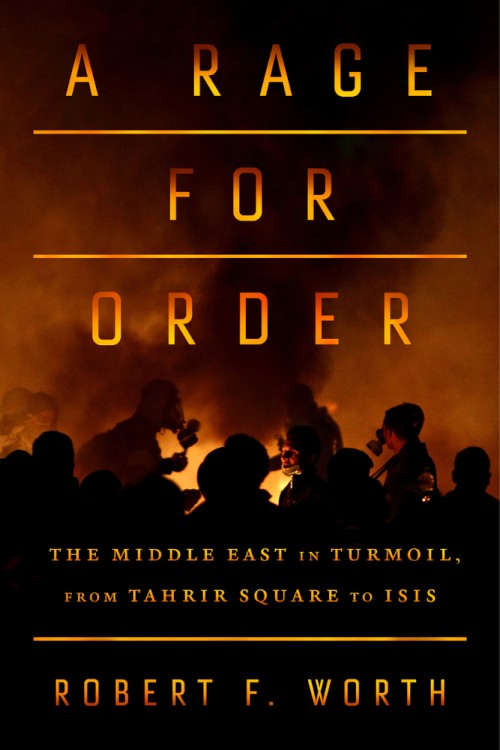 A Rage for Order: The Middle East in Turmoil, from Tahrir Square to ISIS

A longtime foreign correspondent traces the Arab Spring through five countries—Egypt, Syria, Libya, Yemen, and Tunisia—from the heady idealism of 2011 to the largely grim aftermath. Worth does so through the stories of individuals rather than groups or sects, skillfully presenting the competing perspectives in play and showing no easy path forward. 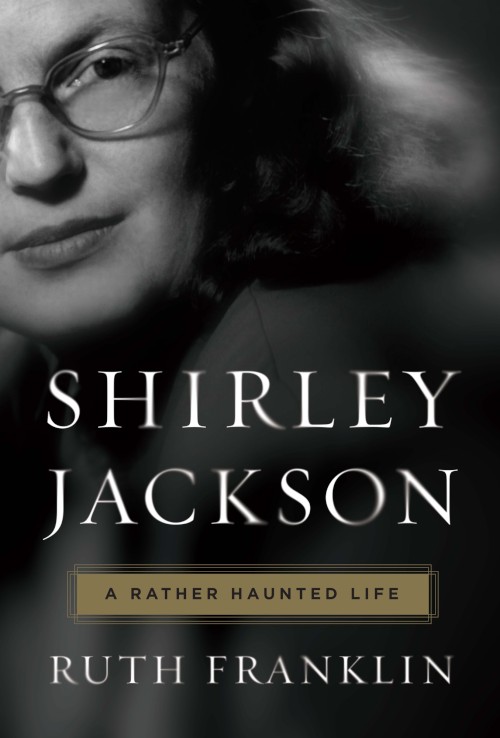 Shirley Jackson: A Rather Haunted Life

Literary critic Franklin renders a gripping and graceful portrait of the mind, life, and work of the groundbreaking author best known for the chilling novel The Haunting of Hill House and the unforgettable short parable "The Lottery." 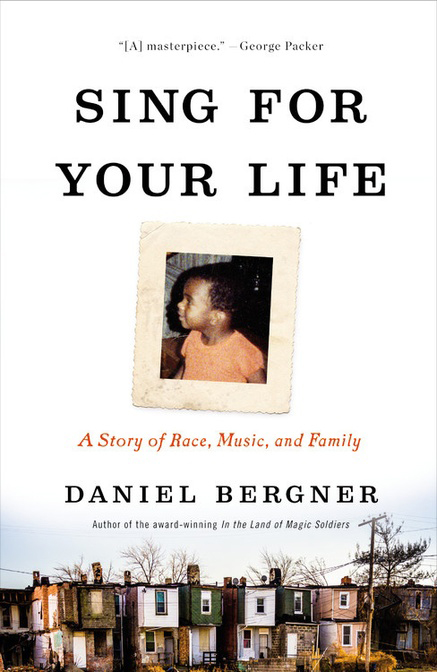 Sing for Your Life: A Story of Race, Music, and Family

In a moving portrait of a young man who succeeds, aided by encouraging teachers, Bergner chronicles the auditions and vocal contests as well as the struggles opera singer Ryan Speedo Green faced as a black man entering a mostly white musical world. 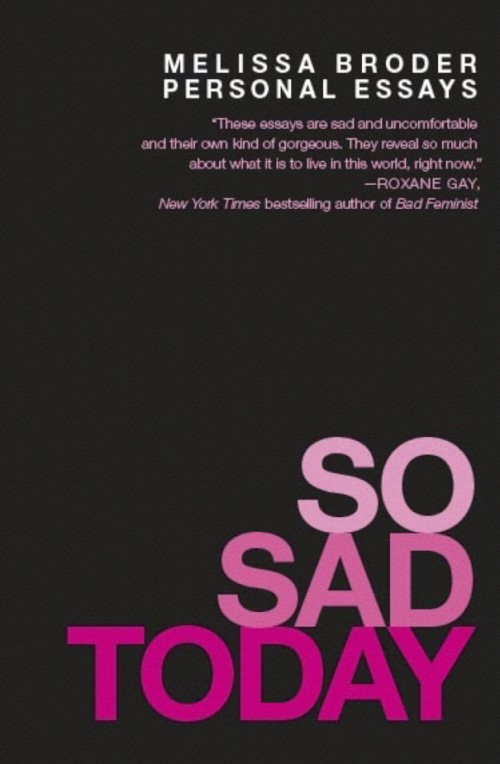 Poet Broder's deeply confessional writing brings disarming humor and self-scrutiny to the 18 essays in this collection based on the popular Twitter account @sosadtoday. The result is a sophisticated inquiry into the roots and expressions of the author's own sadness that is equal parts shocking and hilarious, but above all else relatable. 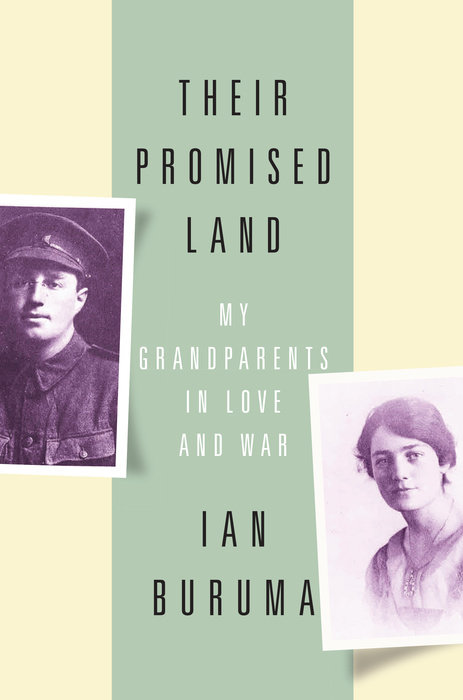 Their Promised Land: My Grandparents in Love and War

An intimate portrait of the author's grandparents, who were film director John Schlesinger's (Midnight Cowboy) parents, both British-born offspring of German-Jewish immigrants. Through a close reading of his grandparents' letters to each other during WWI and WWII, Buruma captures a remarkable marriage, as well as a vivid depiction of a particular era and social class. 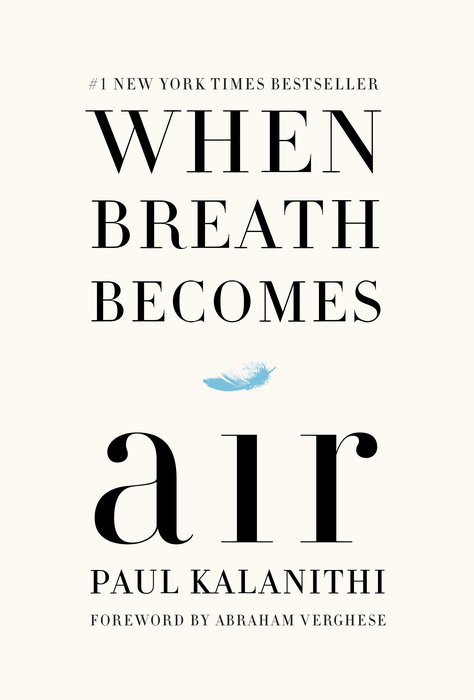 Physician Kalanithi, who died in 2015 at age 37, reveals how much can be achieved through service and gratitude when a life is courageously and resiliently lived, in this deeply moving posthumous memoir. 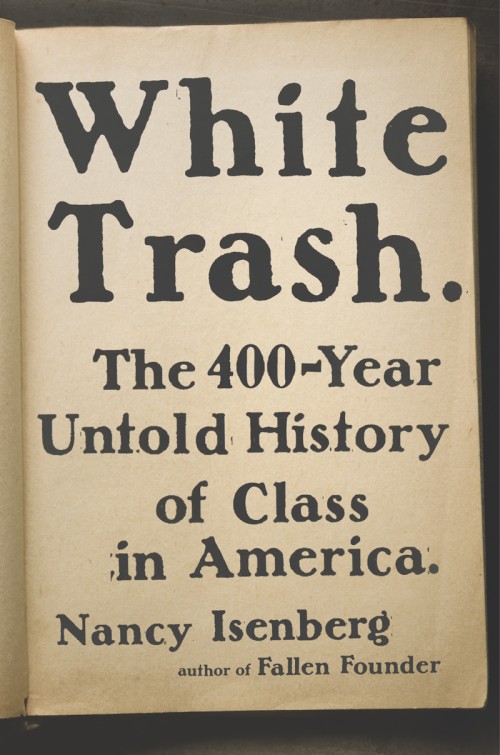 White Trash: The 400-Year Untold History of Class in America

Class re-entered mainstream American political discourse over the past year, and Isenberg runs through a litany of largely forgotten historical episodes that reveal how crucial class is to understanding America. In her thorough and engaging book, she concludes that our origin myths obscure class division, and our inability (or unwillingness) to broach the topic undermines wider discussions of race, colonization, exploitation, and public policy. 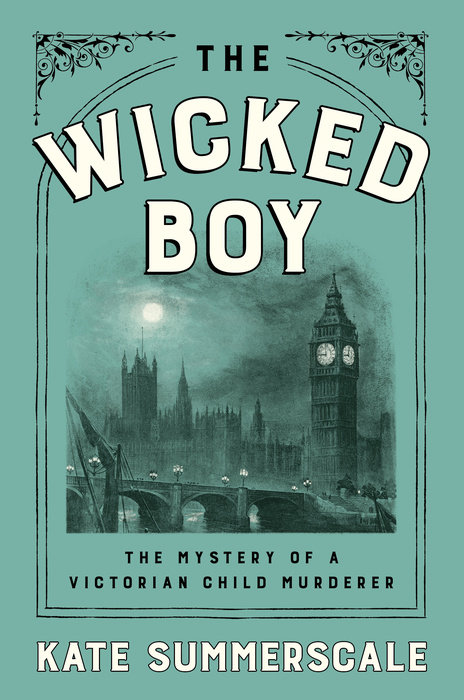 The Wicked Boy: The Mystery of a Victorian Child Murderer

Summerscale bolsters her reputation as a master of historical true crime with this moving account of Victorian-age murder that is a whydunit more than a whodunit.